World Vision has developed a clustering approach to empower households to be in charge of their development agenda. The community-focused approach dubbed the Household Empowerment Approach, brings together 10 to 20 households in densely populated communities and five to 10 in sparsely populated communities. The approach promotes different aspects of child wellbeing, including health, education, livelihoods, and child protection at the household level.

The approach also promotes community mobilisation, engagement, and accountability using participatory principles. It equips and strengthens families and caregivers to be the first line of protection and care for children. It also strengthens linkages and engagements between household members and their local governments as well as Civil Society Organisations for quality service delivery.

Rolled out in Lwabanda village in Rakai, south-western Uganda in June 2017, the approach has been applauded by the Government as self-sustaining and empowering, and has since been scaled up in all World Vision operations areas across the country.

Under the approach, each cluster identifies priority development issues and looks for available capacities and resources from within themselves and outside to improve these conditions. 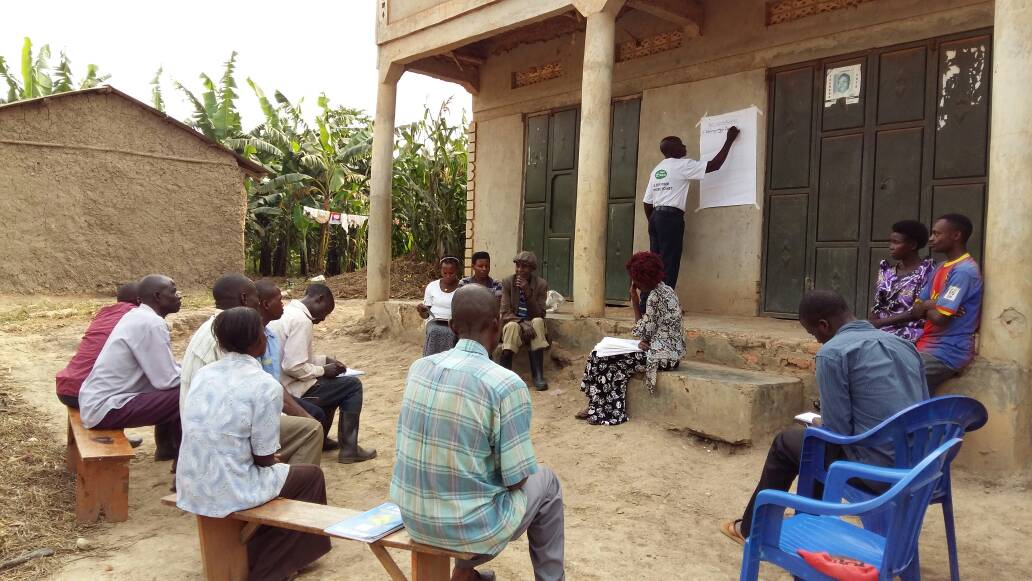 For Lwabanda Household Cluster, one of the issues identified was water scarcity. The gruelling and lengthy walk in search of water exposed women and girls to violence caused physical exhaustion and kept a girl child, in particular, from attending school. Furthermore, water was often collected from contaminated sources.

When access to safe and clean water is limited and there is no time to fetch clean water, families do not have a choice but to drink the polluted water available, exposing them to waterborne diseases such as diarrhoea, cholera, and typhoid, with children as the most affected. 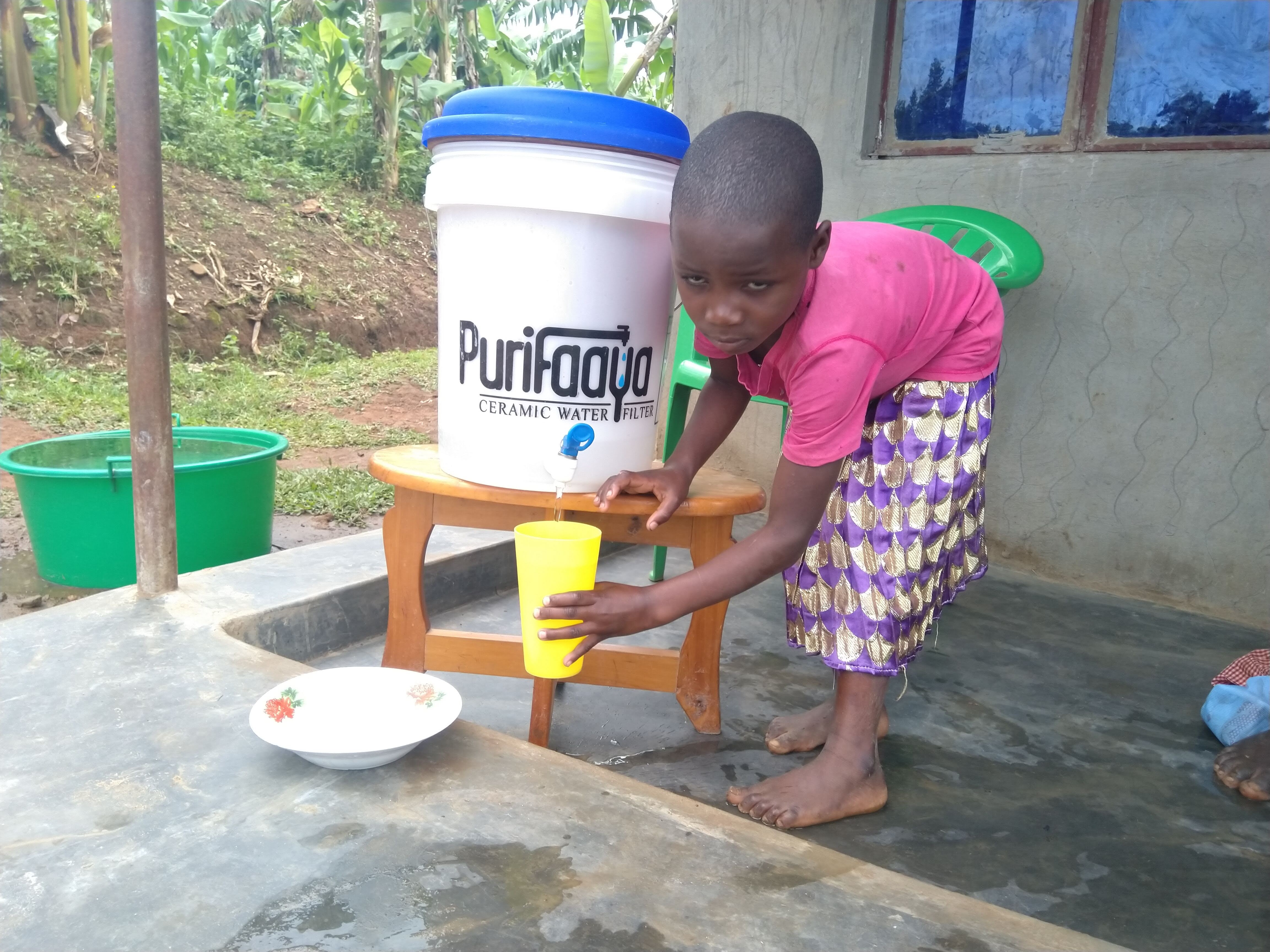 Seven-year-old Grace always looked forward to the rain: “Usually during the dry season, I had to wait at least two or three days to take a shower. My skin got itchy. I smelled bad and I felt dirty.” she recounts.

That is because, for a long time, residents of Lwabanda village shared an open pond with animals. That was their only source of water to bathe with and drink. Many, especially children like Grace, ended up in hospital with severely inflamed intestines due to worm infestation.

“I got scared every time I went there [to the pond] to get water,” she says. “The water was dirty; it smelt bad. I was scared to even touch it because that water killed my brother.”

In 2016, Grace’s younger brother reportedly died from bilharzia after drinking the contaminated water from the pond. His death made Grace worry that the rest of her family would also get sick and die.

“Sometimes she would not drink water for days for fear she might die,” her mother Keren said. “I was afraid I would lose her to dehydration.” 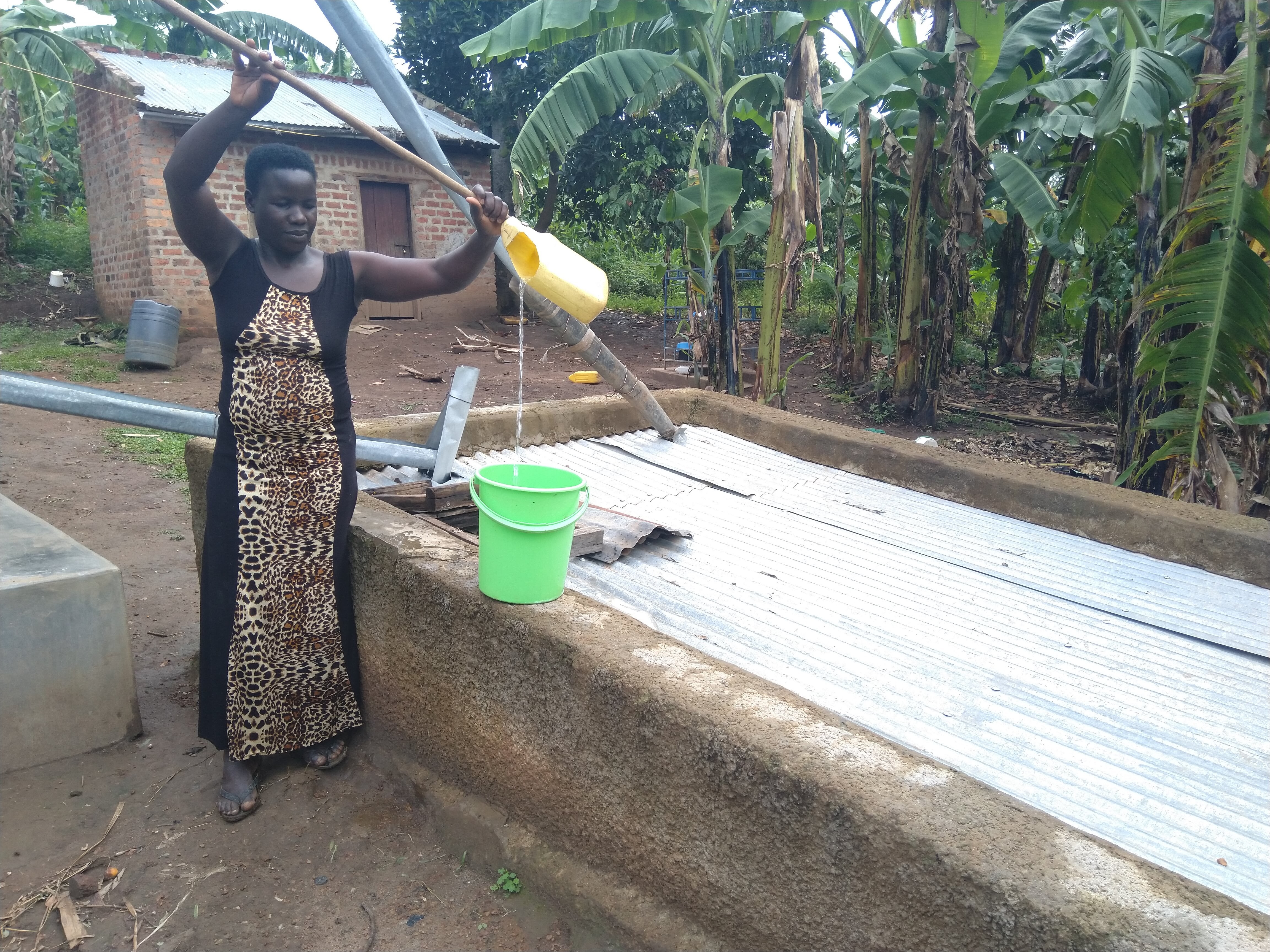 There is now a rainwater tank at Grace’s home, and at a stone’s throw away stands a community water resource centre constructed by the community with support from World Vision. Grace’s mother remembers when she watched her daughter drink clean water for the first time with no reservations.

“The water did not just quench her thirst,” says Keren. “It took away her fear of death too! I can’t tell you how much of a blessing this water tank is to my family.”

Grace and her family are grateful to World Vision for supporting and working with their community to design activities that help improve their social-economic situation through mobilisation, information, skills, and experience sharing. One major focus of community support has been rainwater harvesting for domestic use.

“Thank you World Vision for the wonderful gift,” Grace says with a bright smile. “I feel like you have given me my life back! Thank you so much.”

A tank measuring 15ft by 9ft by 5ft costs UGX 500,000 (about US$135) to construct. World Vision provided tarpaulins while individual households met the rest of the cost. Today, 25 families belonging to Keren’s household's cluster have their own rainwater tanks with water capacity to run a household of seven members for six months when full. 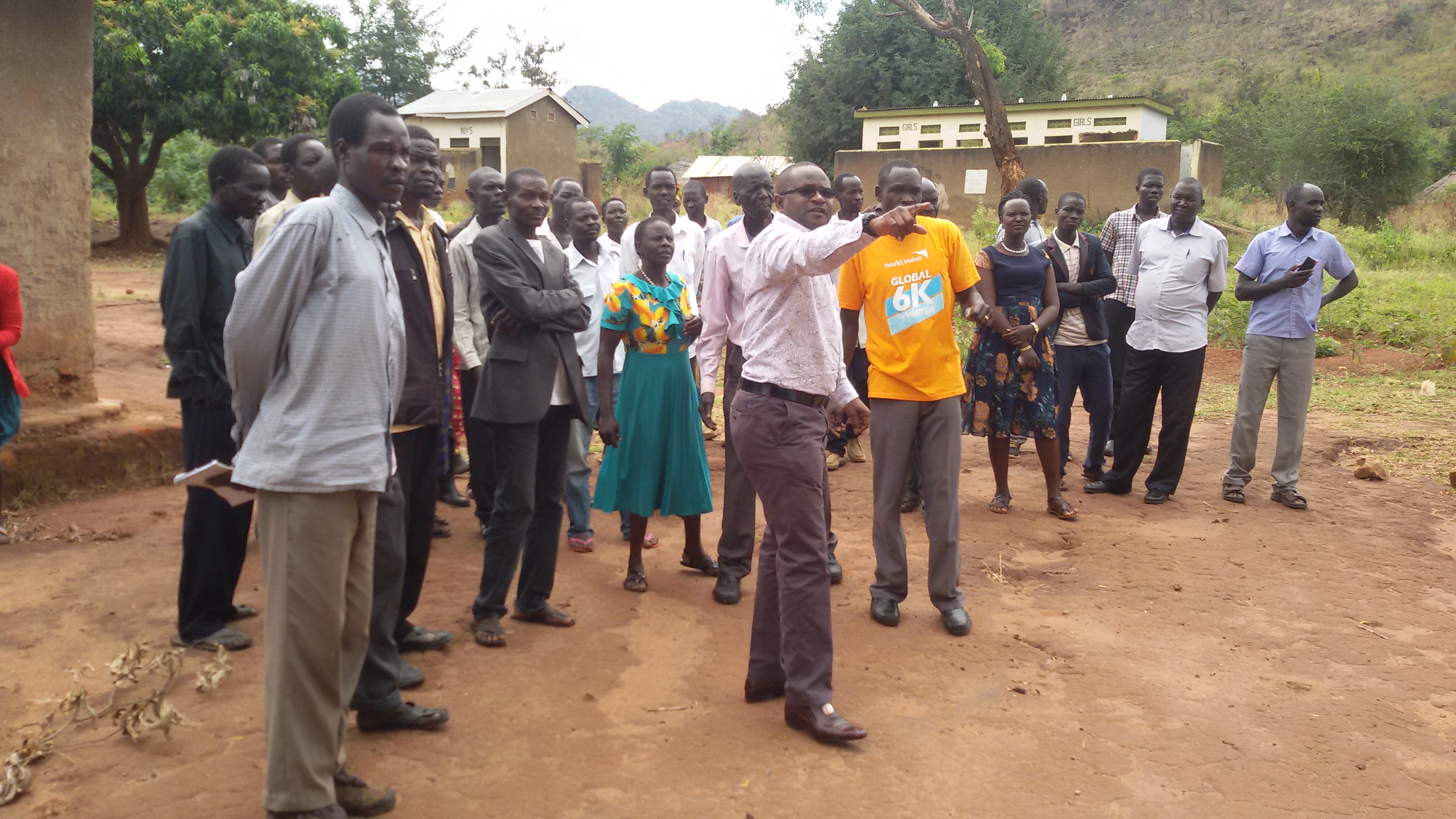 Since the launch of this approach, over 12,000 household clusters have been formed across the country. This high adoption rate, Moses Kadobera –Community Engagement and Mobilisation Manager at World Vision Uganda– says is “a significant sign” that the innovation is providing a real solution to many problems that communities in Uganda face.”

In Rakai alone, over 70 households have constructed the underground water tanks and are now guaranteed of safe and clean water throughout the year.

“Even in dry seasons we don’t run out of the water,” explains Keren, exuding confidence. “We have enough for home use and even for our vegetable gardens and animals.”

For most Rakai residents, life was not as easy as they felt powerless and hopeless: “That is the sad truth we can’t hide away from,” Keren continues; a member herself of Lwabanda Household Cluster. “I learned that it was God who helped us through World Vision. He gave us hope and a new life!”

World Vision’s new approach, according to Keren, has not only liberated them but has also put them on a new path of discovery to self-reliance.

“There has never been a time when I've felt so independent and powerful like now,” she said. “Working together with everyone in my community has evoked our inherent abilities, and now we are in the driving seat of our own development, with children at the centre.”

Keren adds that the clustering approach has worked as an antidote to the perennial conflicts that had plagued their community for years: “There is a time when as neighbours we could not talk to each other. Now, that is no more as we relate freely like one big family. The approach provides a mechanism for resolving any conflicts among ourselves.”

Barbara Alupo, the Gender and Disability Inclusion specialist says that addressing the problem of inadequate access to safe water and sanitation services, coupled with poor hygienic practices, goes a long way to wards bridging the gender gap. “With clean water at home, it means that girls and women won’t walk gruelling distances to obtain clean water,” said Barbara, adding: “Girls won’t miss school because of these tasks and women will have a lot of time to engage in their own work.”

In addition, the availability of safe and clean water has a direct positive impact on household resilience and livelihoods:

“Medical bills have almost been eliminated as waterborne illnesses are now rare here,” adds a joyful Keren, “As soon I got a water tank, I started saving and when it had accumulated I used part of it to buy a solar lighting system for my family.”

Keren's children can now revise and do their homework without worrying about paraffin getting finished or their eyes getting affected by the kerosene smoke.

All this work is in line with Sustainable Development Goal 6, which is about achieving universal and equitable access to safe drinking water, sanitation and hygiene for all by 2030.

Join our effort to end preventable deaths from unsafe water and poor sanitation.