“World Vision can surely help! I was given a bull in 2003 and I later sold it and it helped me complete secondary school when I was challenged with school fees,” Agnes said with a wide smile. The challenges notwithstanding, Agnes has proved her worth. She is now a manager at a motel in Serere town in Eastern Uganda.

“I was recommended right from the vocational school where World Vision took me to study hotel management and catering,” she said with a hint of pride in her voice.

The serene environment around the motel she manages is proof of her hard work. “I receive guests and provide them with any information necessary for their stay while ensuring that the environment is clean,” she said, as she shared about her daily duties. 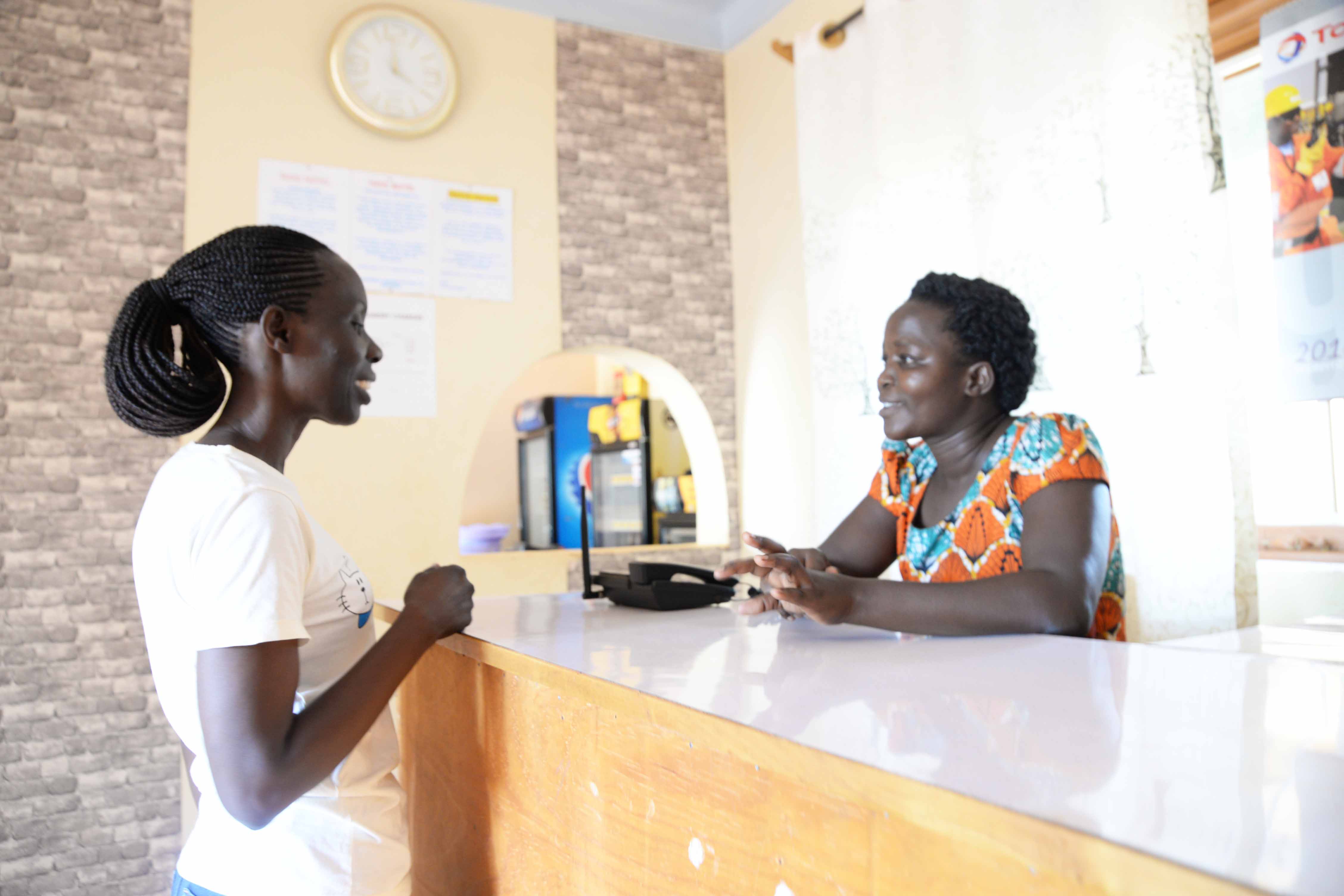 Agnes smiles often, a reflection of her gratefulness.

When I finished my secondary school, I had already planned to take a dead year to be able to raise school fees for a vocational course. I was so happy when World Vision came to my rescue and sponsored my education,” Agnes said.

Agnes looks back and wonders how life would be if World Vision had not come into her life. “At 26, I would most probably be a mother to three children without food, clothes and medical care, just like mates my age. Life would be so miserable for me,” she said with a deep sense of retrospection.

Agnes recalls that life was promising to be good until she lost her father due to the Lord’s Resistance Army in 2003. Then, life took a different turn. “We are nine children who all needed support from our unemployed mother. It was a difficult time for us all. My mother brewed alcohol while we worked in other people’s gardens to raise money for food and school needs,” she explained.

No matter how hard they worked, their income was never enough. The struggle went on until Agnes was met by World Vision at her highest point of need.

I have a fond memory of the first time my photo was to be taken for my sponsor. I cried so hard. Little did I know that it was going to change my life,” recalled Agnes.

Perhaps at first it was just a camera flight. Regardless, she overcame the phobia of being photographed. “The fear was because it was my first time [having my picture taken]," she says. She is grateful she did, sponsorship helped her attend school. "From then on, I did not miss getting scholastic materials to school,” she said.

And her life was never the same. “My entire childhood brightened and it was made better by World Vision,” Agnes recalls nostalgia. “I remember when we competed in a sack race. It was enjoyable and I won five textbooks,” she says.

While growing up, Agnes hoped to go to school and make her life better. She is glad that she achieved this and her life is better. “I am now a step higher because I now support my sisters with their school needs and I too take care of myself. I am happy,” she said.

Agnes is also proud of setting the record in Tubur area as the only person to have studied catering. She hopes to save enough money from her job at the hotel to start a confectionary in Tubur sub country in the near future.

Her dream is to use her business as an avenue to remind people about World Vision. “When I start, I want to tell people that the sweet cakes they are eating are because World Vision made it possible for me to learn these skills,” Agnes said with hearty laughter.

At 26, it is quite unbelievable that Agnes is the manager of a motel. She is a pride of her family and community. Agnes does not take this for granted. Instead, she sees herself as very blessed. “Every time I reflect on my life, I say that I am blessed. When I was growing up, school was like a dream out of my reach. But, look now, I am a manager,” she said gesturing her hands wide.

Agnes is thankful that not only her life was transformed but also that of very many other children and her community as a whole. “Many children went to school and Tubur is not the poor community. World Vision has changed it a lot,” she said.

On behalf of Tubur people, Agnes is thankful to World Vision sponsors.

The good life we are living. The transformation we see in communities. All the good things in Tubur – the list is long – it has been made possible because of your generous support. [May] our Lord God bless you abundantly.