In Zambia’s Chongwe district, 42-year-old Jane is celebrated for her hard work, passion, and enterprise in her community. Trained by World Vision on the Savings for Transformation (S4T) model, Jane has not only benefited from the knowledge but has also uplifted many women’s lives by sharing her knowledge.

Before World Vision introduced the S4T model to women in Chongwe, Jane just like many vulnerable women in rural setups, struggled to meet daily needs for herself and the family. “Life was not as easy as it is now, in the past we used to face many challenges", she testifies. "We could not afford to have three meals a day, and the most painful thing was to see my children being told to go back home from school because their school fees were not paid.”

When World Vision introduced the savings group model in 2011 in its Chongwe’s Kapululwe Area Programme, Jane like many other women did not believe in the model and thought it was a scam that would have people end up losing their money. But little did she know of what benefit the model was going to bring to herself and her family. 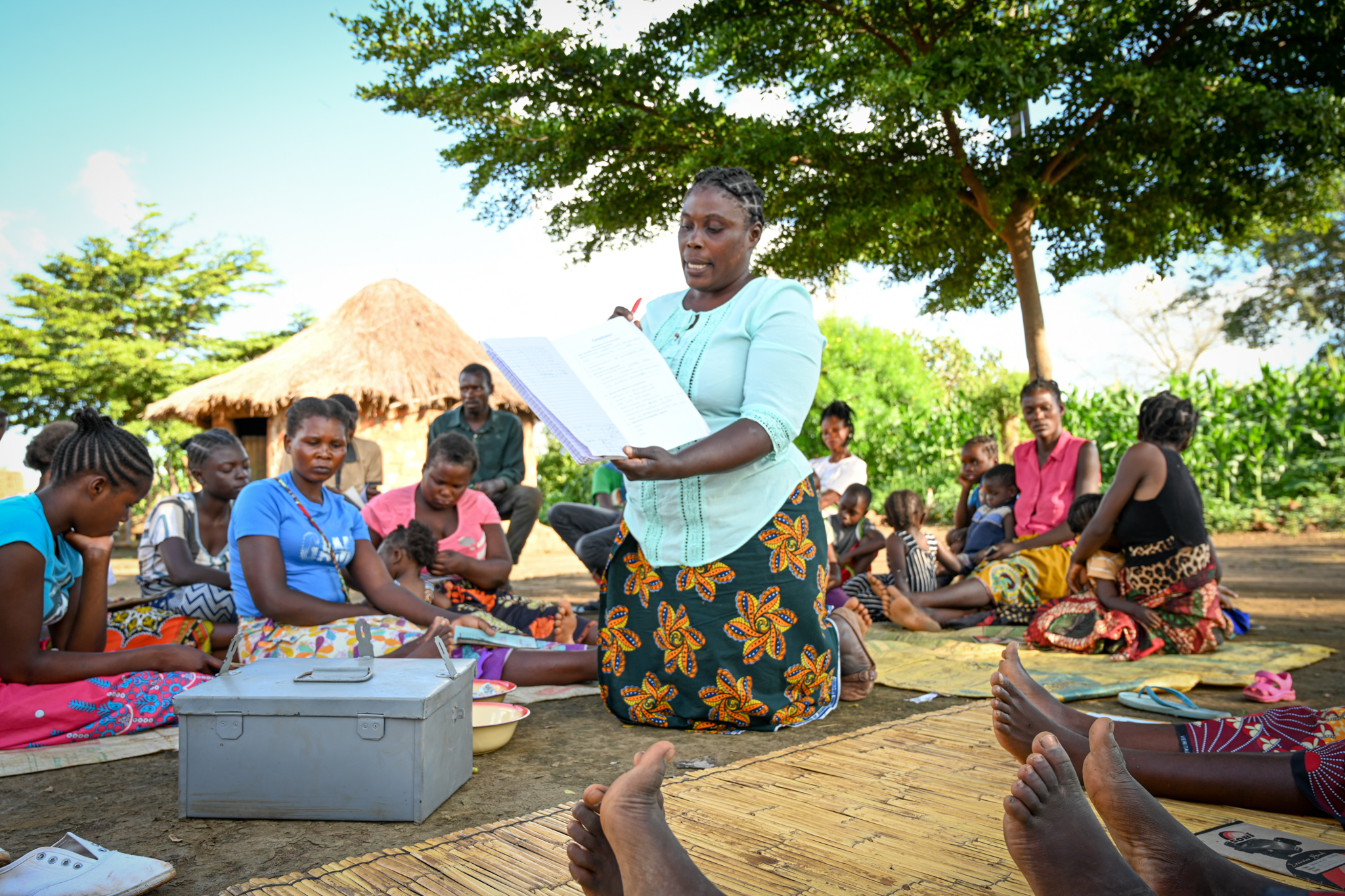 “I did not believe in the savings group at first; all I wanted was to be given money and I thought they only wanted to take away our little hard-earned money in the name of savings”, says Jane.

However, after noticing improved livelihoods among women that joined the S4T groups, Jane admired and developed an interest to join one. And while World Vision was still conducting its S4T trainings, Jane expressed interest in being trained so that she too could benefit from the savings group model to improve the well-being of her family and elevate them from poverty.

“After being trained, I was convinced and I finally joined one of the groups. Since then, I have seen the benefit of saving!” says Jane with a smile. “In the past, we used to think that any money made had to be spent there and then. I viewed saving to be for the rich with more money to put aside.”

Jane does not regret becoming a member of a savings group; her only regret is not having joined earlier. She started saving with 3 Kwacha (17 US cents) in 2011, which would get her at least K1,500 (US$ 84). Her financial records have immensely improved, as she is now able to save at least a K4,500 ($250) in a cycle and all whilst running a business that generates income for her family's daily needs. And with backing from her husband, they have together acquired assets that have continued to generate income for their family.

“When I started saving, I only started with only 3 Kwacha. At the end of the cycle, I was able to save K1,000, which my husband and I agreed to use to buy a new mattress for the children instead of having them sleeping on the cold floor. I also paid for their school fees and bought food”, she says proudly. “The following cycle, I managed to save K1,500 and from that amount, my husband and I agreed to build a bigger house since we were living in a three-room grass-thatched house.

With over K2,000 (US$ 112) sitting in her savings account and the capacity to save more, Jane proudly shows off her big six-roomed iron-roofed house, a grocery store, six heads of cattle, and her pan brick-making business.

“I did not know what I was missing out on, but I am here and glad to be a savings group member!” she says.

Jane was also privileged to be selected as a savings group agent to help many other women in different communities to understand the importance of saving and form saving groups. So far, Jane has trained and helped to form nine groups comprising between 25 to 30 members in each group. 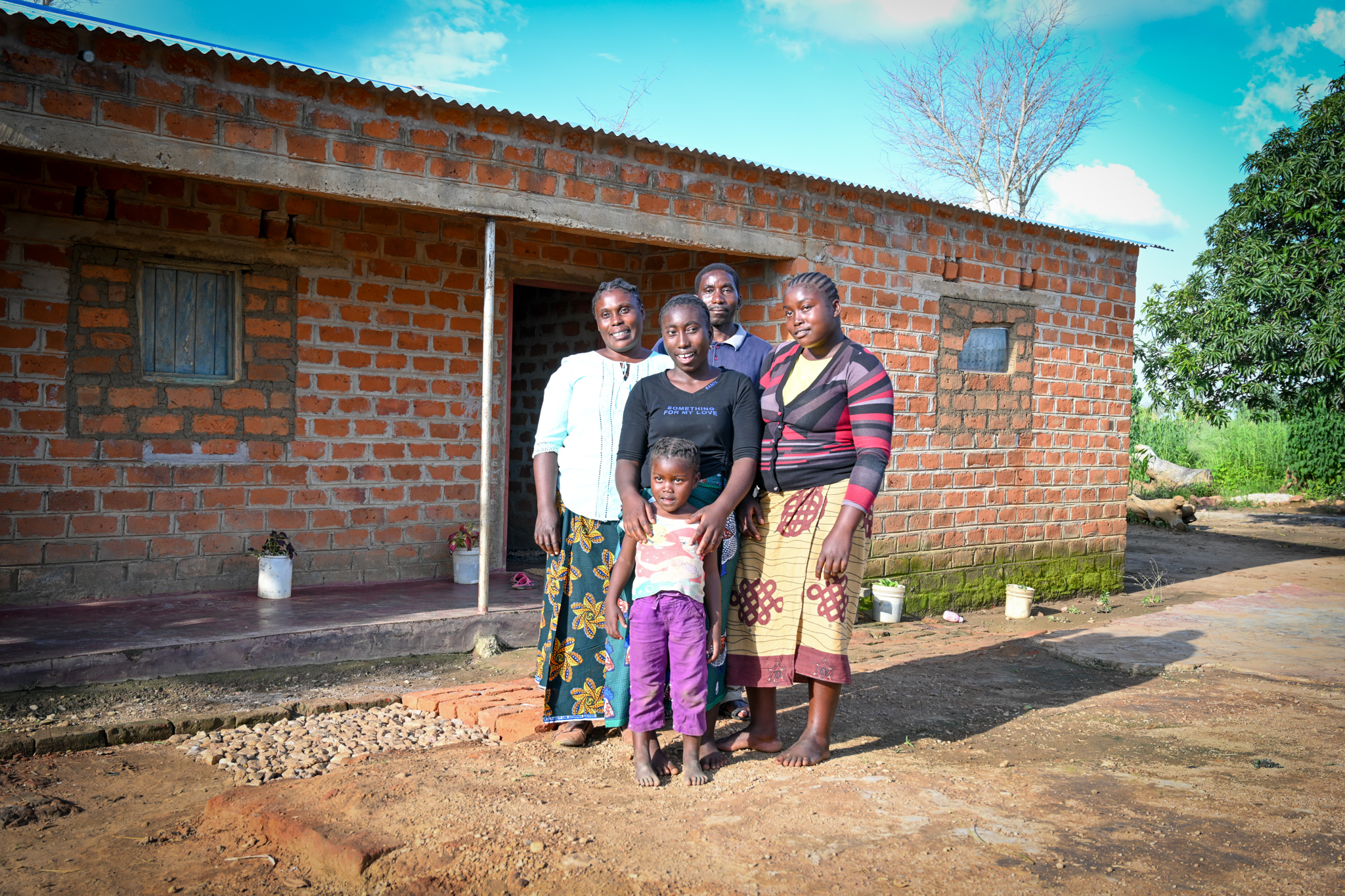 She says that seeing the lives of women transform makes her happy because her dream to see all women empowered and financially depend less on their husbands. “Back then, most of us couldn’t even afford to buy a packet of salt; we depended on our husbands and if they too did not have anything to offer, then there was no peace in homes because men too had other plans with their money”, she explains.

“But that is now a thing of the past and since the time I joined, my husband has also seen the benefit of saving and he has been very supportive such that every time I am going for a meeting, he tops up some money to ensure that I save more” adds Jane.

Jane has also benefitted from World Vision’s training in financial literacy, Citizen Voice and Action, Farming God’s Way, and Empowered Worldview, which has exposed her to many opportunities and enabled her to expand her knowledge in business and enterprise.

“Being a woman gives me pride, and I celebrate every woman because inasmuch as we go through many challenges, we are strong. I am a woman, I am strong, I have been able to overcome many challenges and I work very hard so that I can bring change in my community and lead as an example to the upcoming generation”, says Jane wearing her big beautiful smile.

“For this year’s International Women’s Day, my encouragement to my fellow women is that they must know that there are capable of doing anything they put their mind to. We only need to be supportive of each other, because together we can do more than what any of us can do individually", Jane concludes.