Though eliminated in some parts of the world decades ago, malaria remains a significant public health problem threatening half the world’s population, with 627,000 deaths in 2020 (WHO). The availability of simple, cost-effective interventions to prevent and treat the disease, including long-lasting insecticidal nets (LLINs), has led to a 60 percent decrease in malaria mortality rates since 2000, but progress in recent years has stalled, with the number of cases worldwide remained virtually unchanged at 229 million over each of the past four years.

Malaria disproportionately affects the poor and most marginalized communities as they are high risk and have the least access to effective services. Due to more vulnerable immune systems, children under 5 years old, pregnant women, and people living with HIV and AIDS are more susceptible to malaria. In 2020, children under 5 years accounted for 77% of all malaria deaths worldwide. A child dies of malaria every 2 minutes.

World Vision is following through on its commitment to fight malaria until it is defeated. Prevention and treatment for malaria is woven into our core global health strategy. In areas where malaria is an issue we work to assure that families – especially mothers and children under age 5 – are sleeping under an insecticide treated bednet. We also work to strengthen health systems to make sure families have access to proper diagnosis, treatment and care, including Integrated Community Case Management (iCCM) where diagnosis and treatment is carried out by community health workers.  Other interventions include promotion of intermittent presumptive treatment for pregnant women, indoor residential spraying of insecticides (IRS), and environmental hygiene interventions where we address the sanitation issues that create breeding grounds for malaria-carrying mosquitoes.

In October 2021, the World Health Organization recommended that the RTS,S malaria vaccine be used for the prevention of malaria in children living in regions with moderate to high transmission, based on results of the ongoing 2019 research pilot project, which has reached 900,000 children in Ghana, Kenya and Malawi. While the pilot projects are ongoing to 2023, World Vision fully supports promotion of the RTS,S vaccine because it has proven to be safe, effective, feasible and practical.

In the past five years, World Vision's Global Fund programmes have achieved the following: 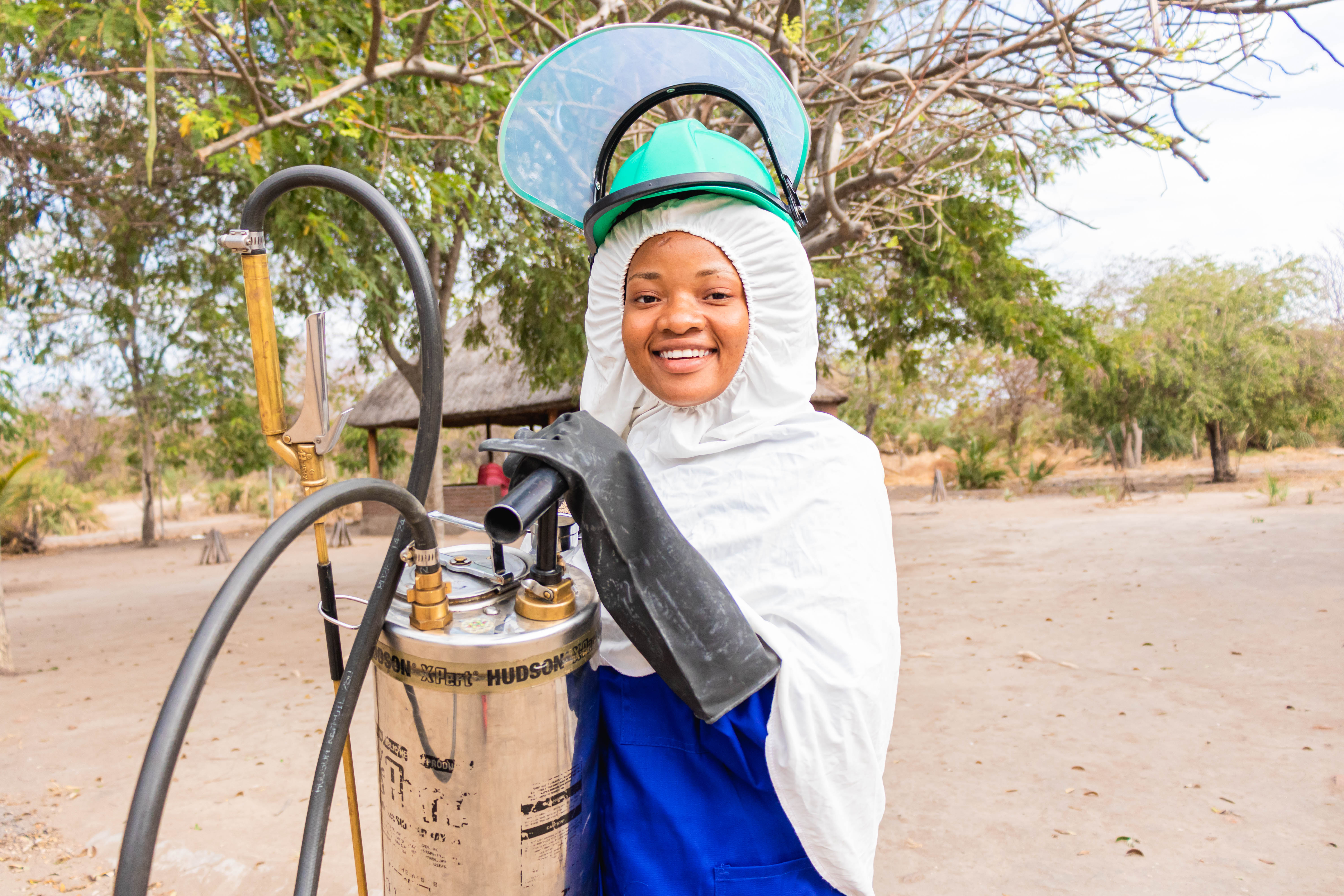 What is malaria? Facts, Symptoms and what World Vision is doing

Stories from the Field

Meet the women daring to end malaria in Malawi, March 8, 2022

Halima and Anifa thrive in school as malaria cases fall in Malawi, February 3, 2022

Millions safe from malaria thanks to indoor residual spray project in Malawi, March 2021

How 2-year-old Maria was saved from the hand of death in Zambia, March 2021

Why bednets matter in the global fight against malaria, May 2019

The Global Fund: A chance to end three of the world’s deadliest diseases, Feb 2019

Mosquito nets for all to prevent malaria in Central African Republic, Feb 2019

ADECOS, the hope for those without access to basic health services in Angola, Jan 2019 (ADECOS are Community Development Agents in Angola)