We’ve all seen the wonderful work of Greta Thunberg, but what about the world’s less visible climate fighters?

In Kenya for example, there are kids helping reforest their homeland to fight climate change with incredible results.

Of course, the devastating truth about the climate crisis is that the youngest, poorest and most vulnerable in the world will suffer the most.

Despite contributing very little to climate change, hundreds of millions of children now face a dangerous world in which they are at greater risk from more violent storms, worsening droughts and floods, and environmental degradation.

None of them chose to be dropped into the middle of an existential global crisis, but they are all acting because their future depends on it.

In Kenya, for 19-year-old Ruth, climate change isn’t just an abstract concept to deal with in 2030 or 2050, it’s real, it’s here and it’s having a measurable impact.

“Because of climate change we have lost animals, crops, rivers dry up, people move from place to place looking for pasture and even some die because of famine,” she says.

Just like in other developing nations, agriculture is the backbone of life and livelihoods. But what happens when the rains fail to come, or record-breaking heatwaves kill crops and livestock?

The East African nation has already been dealing with environmental issues on multiple fronts such as deforestation, overgrazing, and desertification for decades. Compounded by growing climate impacts, communities are being forced to innovate to survive.

Up until recently, efforts to introduce reforestation programmes have proven unsuccessful, with some 60 million trees failing over a 20-year period. Within weeks of being planted, saplings were being eaten by livestock or dying from extreme weather conditions.

Almost by chance, while working with local farmers, World Vision project leaders discovered that a vast ‘underground forest’ lay dormant. What appeared to be small shrubs were actually old tree roots resprouting. The focus immediately shifted from planting to managing the plants already in the ground, and FMNR was born.

“My role as an FMNR Champion is to take care of trees around school and home compound,” says Ruth.

FMNR is more than just a strategy, it’s a lifeline for kids like Ruth. Restoring the land doesn’t just improve soil quality and productivity, it directly mitigates climate impacts by lowering carbon emissions and reducing heat and evaporation. There are other benefits too.

“We are not missing school as our caregivers give us enough food, our performance has improved, we easily get firewood from [the] FMNR plot [and] get enough time to study and do homework,” adds Ruth.

At World Vision, our mission is to help people survive, recover, and build a future that can sustain life and livelihoods for generations to come. 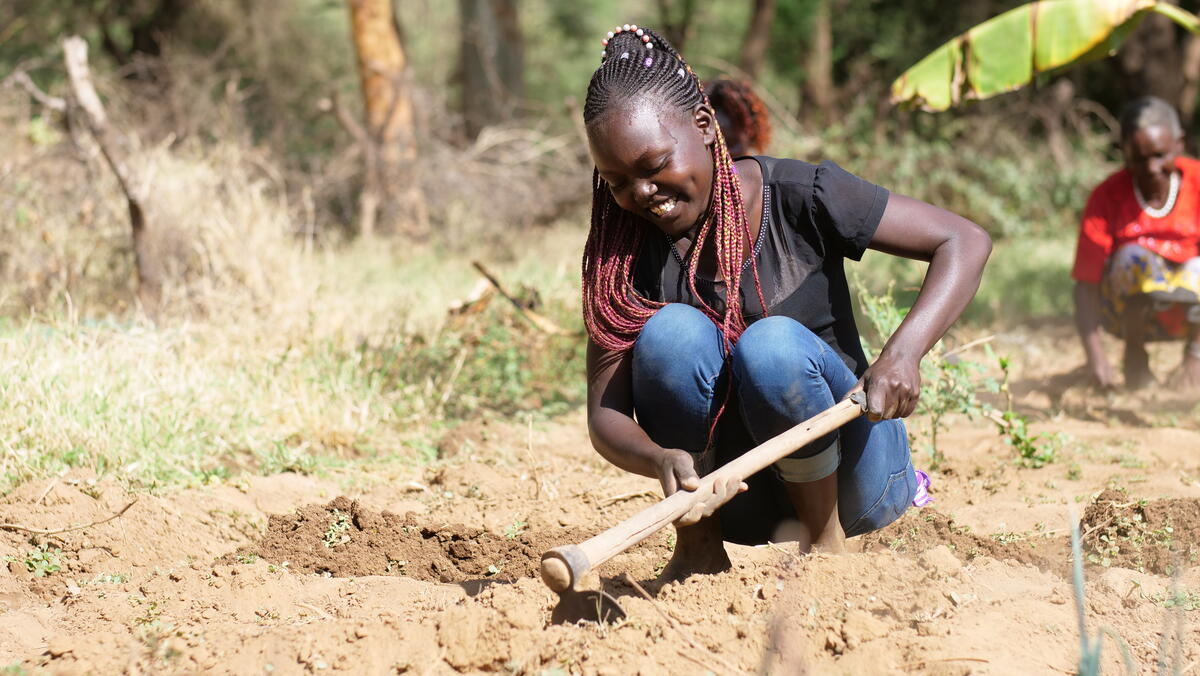 While FMNR is just one of many strategies needed to help solve this crisis, it’s a critical part of how we can help create a livable future with, and for, the worst affected communities.

For Ruth, just like the thousands of young activists demanding more climate action around the world, she is directly participating in the global movement in her own unique, and extraordinarily effective way.