It is a moderately cold morning with a slight drizzle in Zone 3 of Bidibidi refugee settlement. Most refugees are covered up in jackets and sweaters. It has rained throughout the night. Children are hardly seen outside their homes playing. The few that stand in front of their homes shiver with cold. A biting cold wind blows across the entire village.

At the home of Michael Lemi, there is little activity. He is at home with only his granddaughter as the rest of his family is away visiting a relative within the settlement. He looks upbeat, regardless of the day’s weather.

Michael is a positive parenting trainer and a Child Protection Committee (CPC) member in his community. On this cold morning, he is preparing to conduct a home monitoring visit, sensitising parents on positive parenting. At about 10 a.m., Michael, leaves his home and heads to the community. Due to the unfriendly weather, he reaches out to one family on this day.

“Today’s weather is not good. The clouds look thick and it might rain again anytime soon”, says Michael as he strolls between grass-thatched huts to the first home appearing on his monitoring visit list.

Michael is passionate about his work of reaching out to communities, and is determined to do an activity in the cold with dynamism. He is welcomed at the home of Betty with smoke emanating from the kitchen adjacent to the family house.

Betty is a mother of three-month-old twins. She emerges from her house with a chuckle as she welcomes Michael to her home. “We have been waiting for you”, she says as the two-elbow bump. Shortly, Betty’s husband joins them. The family seems well-prepared to listen to Michael’s session on exclusive breastfeeding. 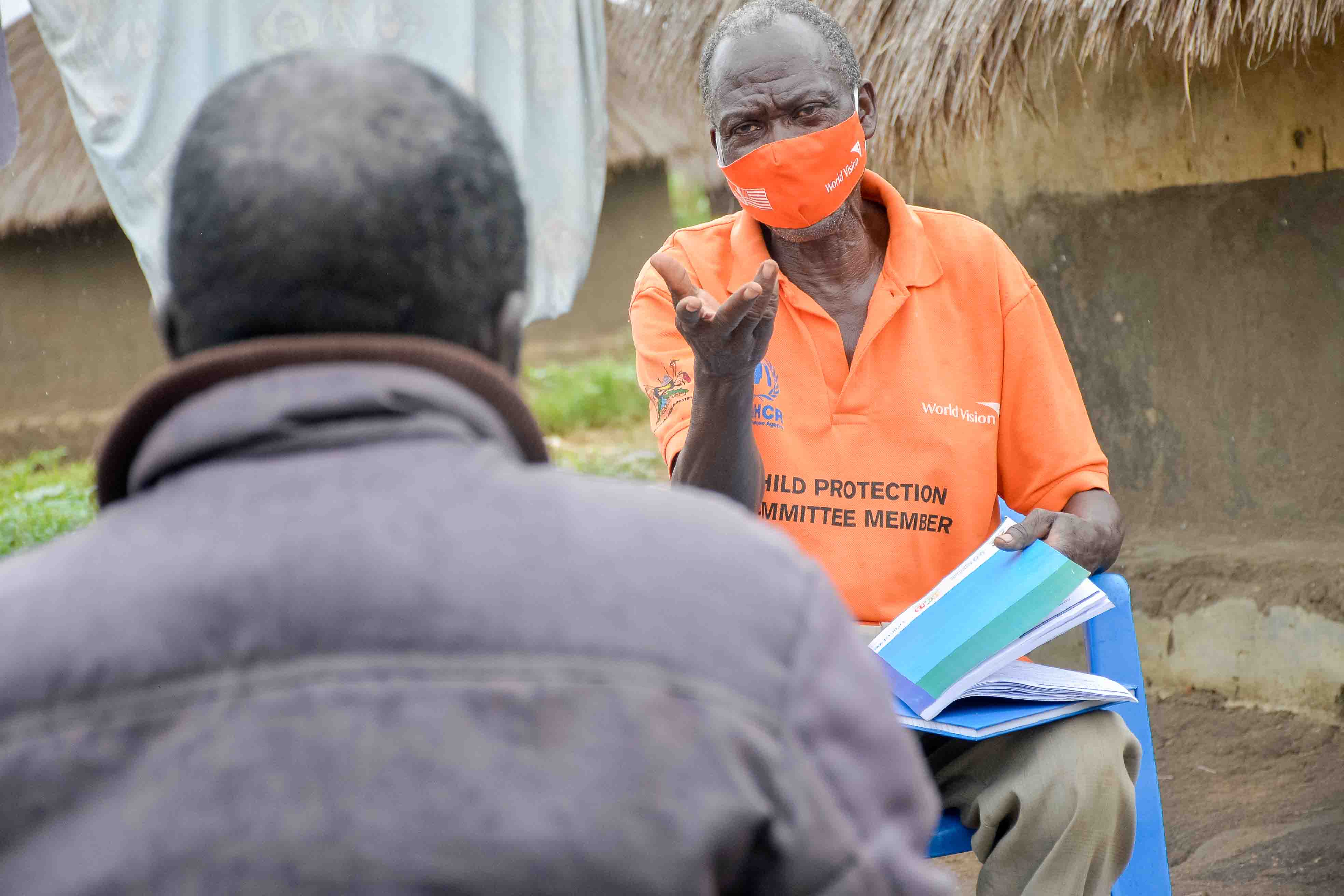 According to the United Nations Refugee Agency, 65% of refugees in Uganda are children and they experience the worst scenarios during crisis, that are related to sexual, physical, emotional, and psychological violence among others.

Michael is one of the 197 role-model parents across the settlement that World Vision has trained in positive parenting using the 22 Key Family Care Practices Model in March this year, to enhance the capacity of parents and other caregivers in raising morally upright children. Positive parenting is understood to improve a child’s growth and reduce risk to all forms of violence.

“My work involves reaching out to parents and educating them on the 22 Key Family Care Practices. World Vision realised that child protection would remain wishful thinking if parents are not grounded in these practices to raise better children”, he says.

“Before the intervention, violence against children in the community was high. Children suffered mistreatment and harassment. Parents were always fighting due to limited resources in the home, which set a very bad example to the children,” adds Michael.

Betty is appreciative to the knowledge she has received from Michael, which she feels has made her a better parent.

“I am a first-time mother of twins and I had no idea on how to take care of two babies. Michael has moved along the journey with me from pregnancy to date. He has taught me newborn care including proper handling of my babies while breastfeeding, child spacing, immunisation and response to illness among others; knowledge I did not have before”, says Betty. 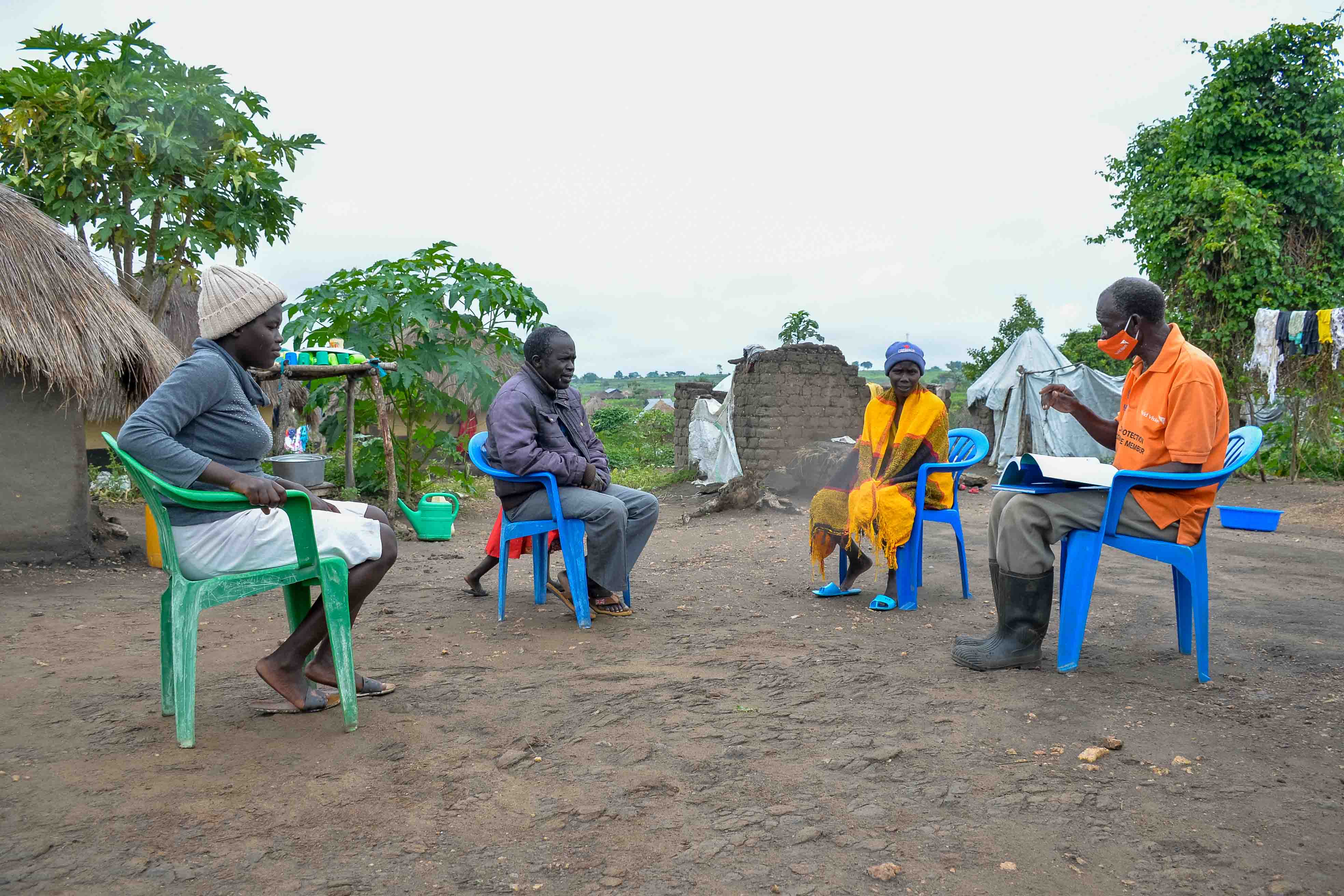 The project has enabled parents like Betty to strengthen child growth, survival, and development, provided a link between the community’s relevant authorities within the settlement, and empowered children and caregivers with well-being skills.

Lillian Savior, a mother of four and role-model parent, says family care practices have caused behaviour change in her community. Parents and children’s lives are now on a course to a better life.

“Complementary feeding that we educate parents about has greatly improved the lives of our children. Before, most parents thought that a balanced diet is children eating meat all the time, yet greens are equally important and easy to get. Most homes now have kitchen gardens with greens to nourish the children”, says Lillian.

“Through our teachings, parents have also realised that marrying off their young girls at an early age is wrong. They no longer look at their young daughters as a source of wealth. One parent recalled her 15-year-old pregnant daughter from a forced marriage after I talked to her about the dangers of early marriage,” she says. Michael and Lillian agree that harmful cultural practices among the different tribes in South Sudan had put children’s lives at great risk and denied them to live life in all its fulness.

Job Auruku, the Child Protection Coordinator, says the intervention aims at strengthening the family support system to enable children to grow up holistically. “Failure in the family support system is the key gap we identified and needed urgent support because it was not fully functioning. Parents did not have knowledge on handling children’s challenges as they go through the different stages of life”, he says.

“Through the project cycle, we have registered testimonies of change in the lives of both parents and children. Parents are now actively involved in the lives of their children and parenting sessions have contributed to reduced violence against children”, Job adds.

The rollout of family care practices at household level is a flashlight so bright cutting through the rigid and cruel practices parents had towards their children. 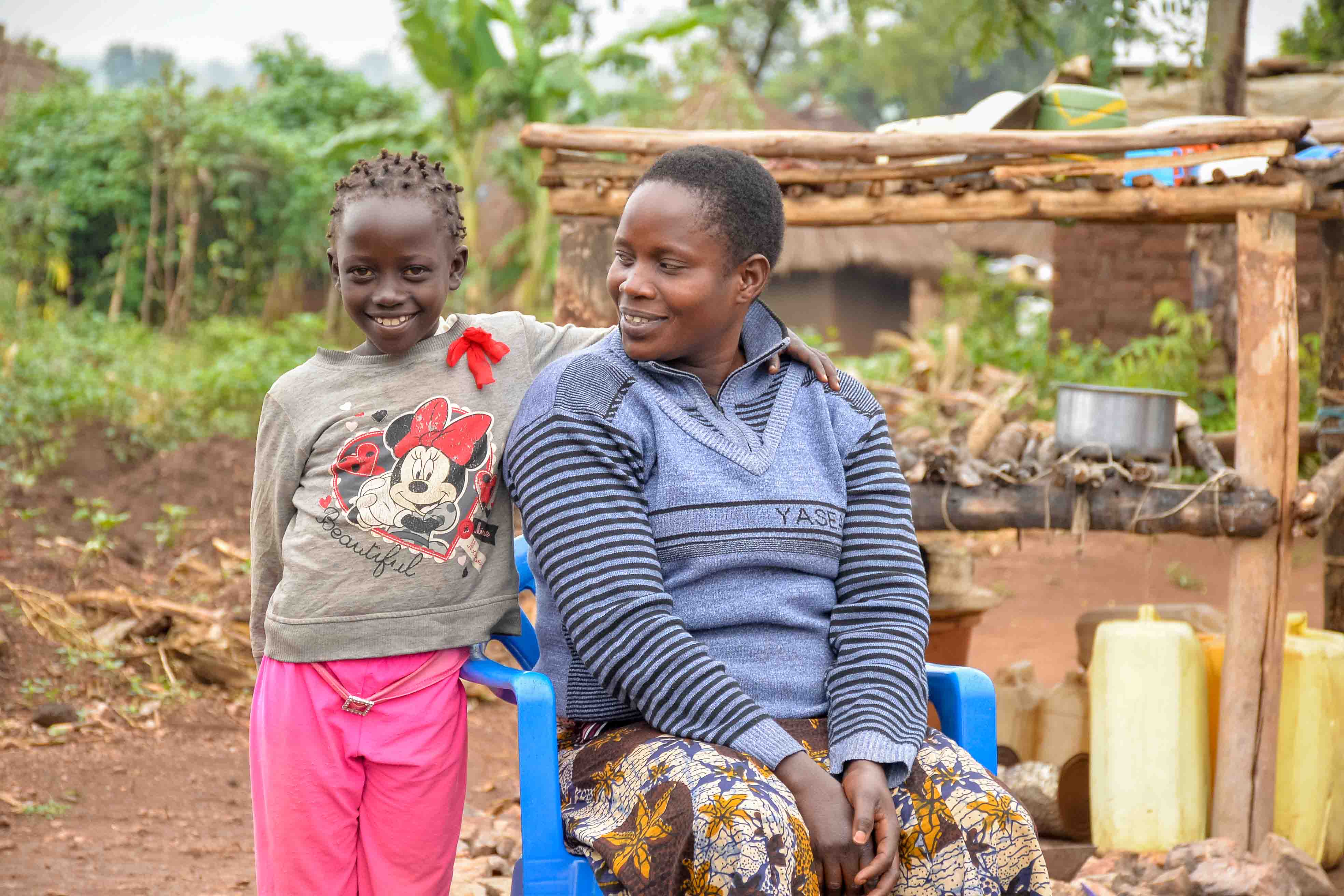