Despite the job-related challenges of this year that were a result of COVID-19, World Vision staff in Uganda have remained resilient to serving the millions of vulnerable children across the country. During a prayer day event that was held on 1st October 2020, World Vision's National Director for Uganda, Jason Evans, revealed that the organisation was at its best during this time.

The Day of Prayer was celebrated under a global theme drawn from the gospel of Mathew 6:33, which calls us to ‘Seek First the Kingdom of God.'

“The restrictive lockdowns and protocols, coupled with the uncertainty of sustained funding, threatened our ability to fulfil our promise to serve the millions of vulnerable children in communities across the country. We chose to seek God first in prayer, committing all our plans to Him,” he said, explaining that the past year has been a “mindset changer” with many lessons from it - above all, the importance of seeking first the Kingdom of God: “The threat to our Ministry was very close due to the COVID-19 pandemic. It might have been only natural to give in to fear,”

The World Vision Uganda team looked at the previous fiscal year as a success, thanks to the achievements in sponsorship-funded development programmes, refugee response initiatives, development grants, advocacy campaigns and the COVID-19 response programme.

“I firmly believe that we have been able to live up to our mission and Christ’s call on our lives in order to reach the most vulnerable children and their families across this great nation,” said the National Director.

The end-of-year event coincided with the end of World Vision's previous five-year strategic cycle. At this, Evans also expressed thanks, and encouraged fellow staff members to be grateful to the Lord for all that we have been able to achieve in recent years: “Some of the small emergency responses we’ve undertaken in Uganda are normal I guess, but who could have expected the big refugee influx and COVID-19. These major happenings required us to be agile and adaptable, and I want to say that I am proud of how we’ve responded,”

During the 2016- 2020 fiscal years' national strategy, World Vision was able to reach a total of 4.1m Ugandan children. “Just take a minute to think about that. That’s 10% of the Ugandan population”, added the National Director. 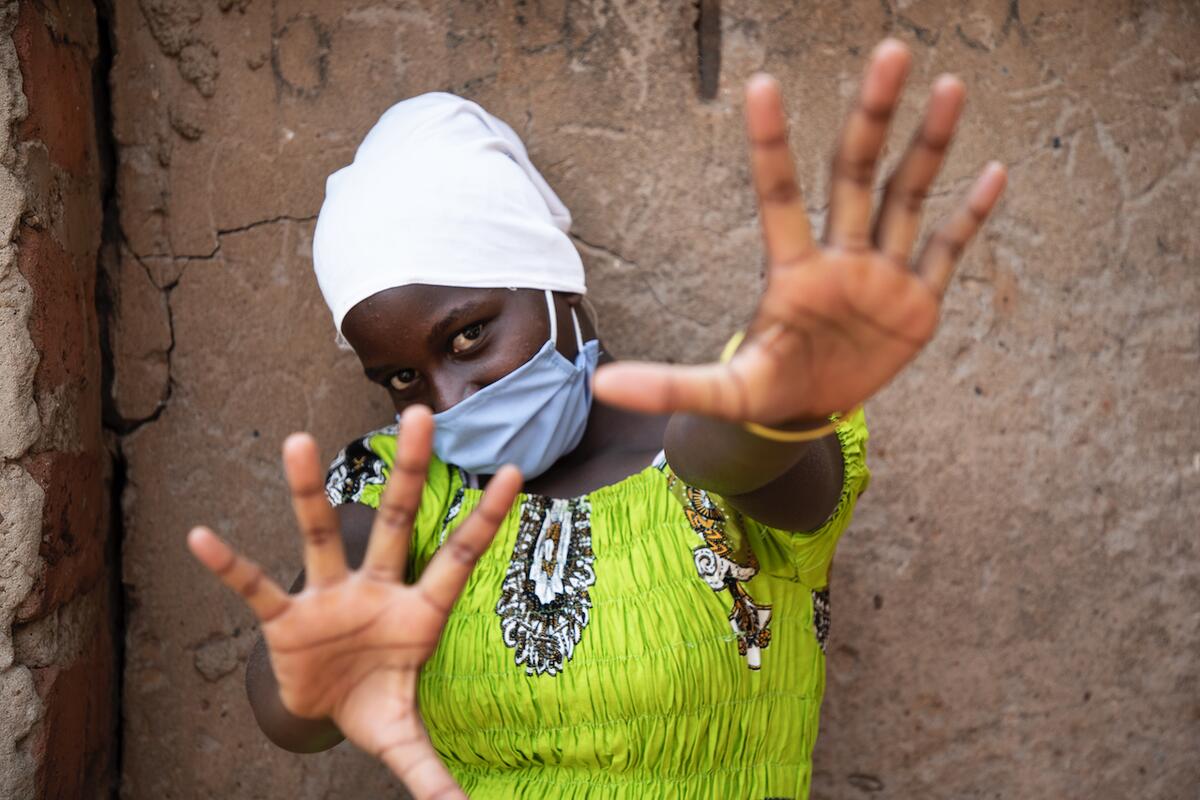 Attention on implementing the strategy

The National Director further added that one of our most important achievements from the year was the completion of the new National Strategy in a 13-month process that commenced in FY19. “I firmly believe that we have come out with a national strategy and implementation plan of the highest quality.”

World Vision's national strategy for Uganda is strongly aligned with World Vision's Our Promise global strategy, and helps map out the organisation's journey to impacting the most vulnerable children in the country.

Over the year, World Vision's Uganda Office collaborated with five World Vision Support Offices in the registration of 2,512 new sponsored children. Under the new methodology, children registered under World Vision's sponsorship programme are now given an opportunity to choose their sponsors. Due to COVID-19, the lockdown saw the inevitable suspension of this initiative in late March.

“I am happy to report that World Vision Uganda was selected as the first country to resume 'Chosen' as the lockdown was lifted in September. The initiative has globally proved very successful and has brought new energy to child sponsorship,” The registered child portfolio is currently at about 131,000 with 74% of these actually being sponsored.

With the onset of the COVID-19 pandemic and the associated lockdowns in late March, World Vision's Uganda Office was able to repurpose funding from suspended Area Programmes, and also raise some resources from other donors. This allowed the implementation of a four-component US$ 5m COVID-19 response programme between late March and the end of September. Initially, the programme focused on health promotion and awareness-raising campaigns, before later switching towards activities designed to mitigate the impacts of lockdown.

World Vision also undertook a number of mid-sized relief responses during the year. These included initiatives to address floods and landslides in the Elgon and Rwenzori regions; floods in Nakasongola; and locust invasions in Karamoja and Northern Uganda. The initiatives were funded by donors such as ECHO and UNICEF, as well as from private resources.

The refugee response programme was impacted during the first part of the year with a number of funding cuts due to the reduction of global funding in general for what is no longer a new crisis. “We sought to right-size the programme in order to ensure efficiency ratios and yield to programme levels could be maintained. In addition, substantial efforts were made in fundraising and grant acquisition, and thankfully, during the second half of the year, significant new funding could be secured for this important programme.”, explained Evans.

The refugee response programme was officially re-designated by the World Vision Partnership as a National Office-operated Sustained Humanitarian Response (SHR) in March, and this led to an intensive process of integration with World Vision's Uganda support functions.

Strategically the programme components of the refugee response programme have also been fully aligned with the new national strategy, with specific programming focus in the areas of protection, livelihoods and resilience, and WASH. “Needs in the fields of education and health in World Vision Uganda target refugee areas will be addressed in partnership with other agencies,” the National Director added. 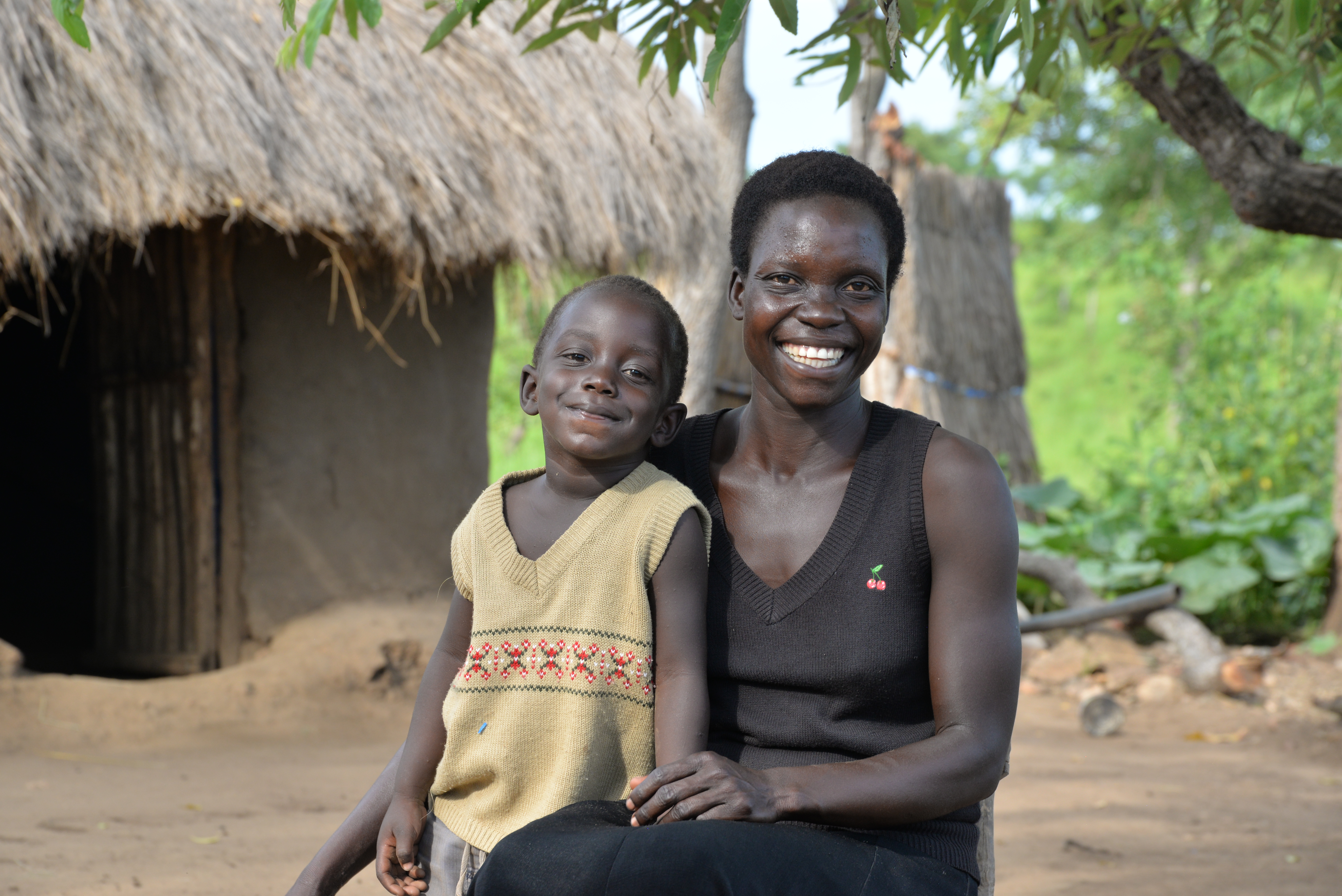 General Food Assistance (GFA) in partnership with WFP, and Child Protection programming under UNHCR (through an IRC sub-grant), continue to be World Vision's flagship refugee response programmes in the West Nile region of Uganda. In addition, livelihoods programming supported by UNDP and EUTF, and smaller initiatives in child protection and WASH continue to provide meaningful interventions to refugee children and their families.

“One particularly exciting initiative is the planned commencement of a first Area Programme in a refugee setting serving 70% refugee children and 30% host community children. This 15-year initiative is planned to help develop the Omugo area of West Nile,” shared the National Director.

It has been recognised that in order to achieve our strategic objectives, there is a need to strengthen the way that World Vision works in partnership with government entities, cultural institutions, faith communities, civil society and the private sector. As we face the challenges of developing communities, we increasingly realise that we cannot do it all by ourselves.

“As a result, key MOUs with the Buganda Kingdom, Bunyoro Kitara Kingdom, Busoga Kingdom, Church of Uganda, Scripture Union and Inter-Religious Council of Uganda (IRCU) were concluded during the previous fiscal year. We’ve also worked on capacity-building for our team to be more effective in the field of advocacy and partnering. Additionally, we have continued to amplify community and children’s voices through successful programmes such as Citizens Voices and Action (CVA), and Child Parliaments”, concluded the National Director.