Drinking water from a shallow well posed a risk of contracting water-borne diseases for the residents of Japi village in the southern province of Zambia. The problem was especially at its worst during the dry season, when the only water produced from the ground was both insufficient and very dirty.

Webster Muvwimi, 43, is one of the many community members who was affected by the water challenges. Webster and his wife, Audness, used to have to walk four kilometres every day to take home at least 60 litres of water. Most times, they would not get as much water as hoped for; they would often only manage to draw 40 litres of water, which would only sustain them for a day or less.

“There was little that we could do ­–water is life, and so we needed it. We had little knowledge about boiling water too, but we developed a technique by allowing the water to settle so that all the dirt would go to the bottom”, recalls Webster. “At least the water looked clean.”

But the technique did not protect Webster and his family from any diarrhoeal diseases. He says a week would not pass without a family member being admitted to the health centre after suffering from a bad stomach ache.

Japi community members depend on farming as their livelihood and as an income-generating activity. However, lack of water had been an even bigger a challenge for the people, because they would have to guard the little water available jealously.

In 2011, World Vision intervened through its Water, Sanitation and Hygiene (WASH) project and helped the community by drilling two hand pump boreholes. This resulted in lives transformed, as 640 community members now had access to clean and safe water.

“The coming of World Vision’s help brought so much joy to us. Drinking dirty water and sharing the same water source with livestock is now a thing of the past”, says Webster.

In 2020, World Vision again drilled and mechanised another borehole at Japi Primary school, which has benefited 480 students and over 500 people in the community with clean tap water.

He further adds that the provision of water has also enabled people to become more productive and generate income through various activities such as growing and selling different crops: “We have also seen a difference in productivity now. Unlike in the past, we have enough time to do other things such as gardening.”

Through World Vision’s support, Webster has also received training in hand pump maintenance and has since been for all the pumps in his community. Working as a pump minder has enabled him to generate income for his family by fixing other community boreholes, unlike in the past when he had no means of providing for his family and struggled financially. 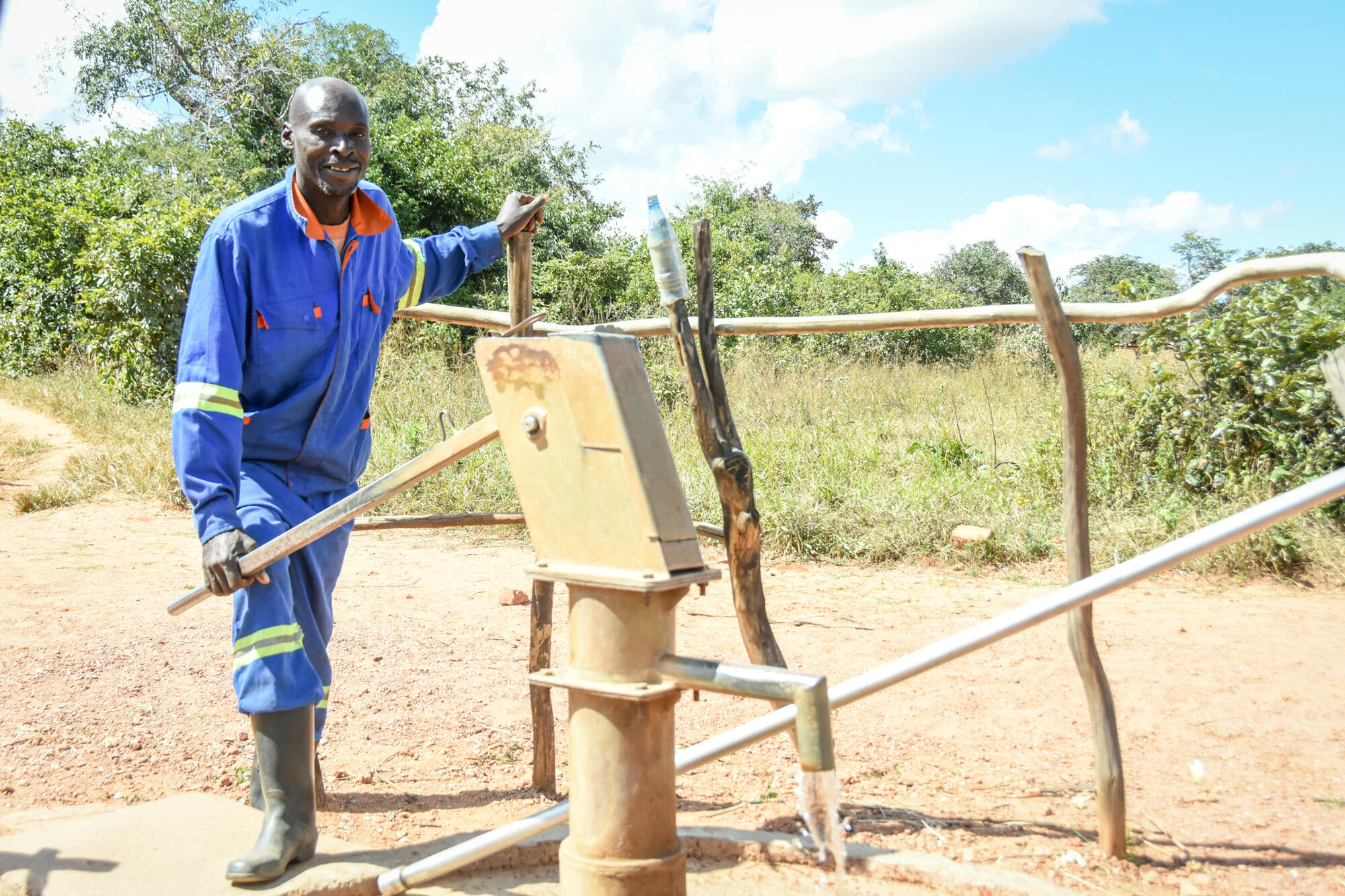 Webster is thankful to World Vision not only for providing water in his community, but for also helping him gain knowledge in hand pump maintenance.