Heavy rainfall in 2018 led to massive floods that engulfed residents of Katito in Kenya's Kisumu County. Among those affected were school-going children who were forced to learn in muddy classrooms caused by contaminated water emanating from flooded farms and burst riverbanks.

The water carried with it rubbish and other discarded items, which were eventually deposited in the classrooms.

Each morning, children would make tiny hesitant steps to avoid falling in the mud or getting in contact with the rubbish.  Some succeeded while others fell in the mud.

“The mud made classrooms inhabitable and soiled children’s books,” said Ruth Cheche, an Early Childhood Development (ECD) teacher at Miruka Primary School, which was heavily affected by the floods.

“Children would come in the morning when they are clean and by the time they got back home, they were so muddy. Some did not have shoes too. So the mud really affected them,” said Ruth.

The ECD classroom eventually collapsed and the children, whose ages range between three and six years old had to move to the school kitchen. But not for long.

Through World Vision’s Floods, Emergency, Response and Rehabilitation Project, a new classroom was constructed for the pupils. It is made of brick and mortar. The class has electricity. It is also airy and spacious.

Aside from providing a good learning environment for children, the new classrooms have also attracted community members to the institution thus increasing enrolment of children at the school.

WATCH the video below to learn more about the impact that the new classrooms have had on pupils and teachers in Katito. 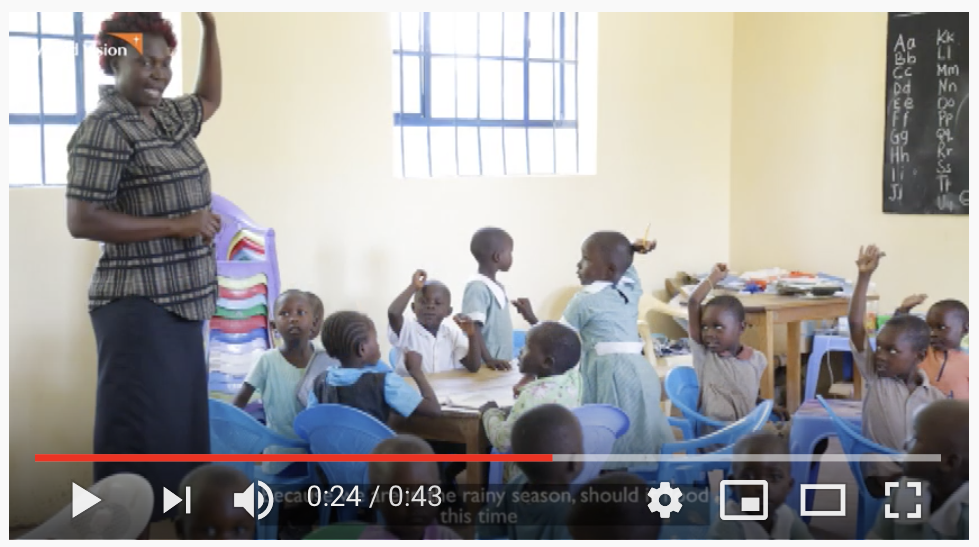